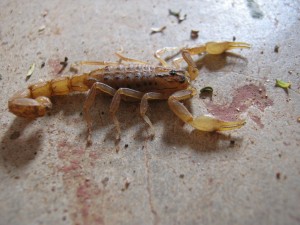 The last several weeks have been very busy! GHP has now started an agriculture project in Syokisinga. This project started recently with 4 agriculture groups and 3 poultry-raising groups out of Syokisinga. All the groups are composed of more than 30members each. The loans that have been provided to the groups will be used to start group shambas (farms) and poultry houses with the idea that the local market will be flooded with eggs, fresh produce and chicken meat. Along with this project, GHP is educating all pregnant women in Syokisinga about infant nutrition. Some of the key points include breastfeeding within 30minutes of giving birth, not introducing other foods/liquids until 6months, and introducing a variety of foods (eggs, oranges, soft kale, spinach, bananas, etc) after 6months. The women are very interested and always ask lots of questions. We are currently taking birth weights on the newborns in Syokisinga and will re-weigh them in 2 years to see if the education classes along with the increased availability of foods, through the agriculture porjects.
The group in the picture is the first poultry group that met 2 weeks ago in a village called Yiaani. Wambua, from the department of agriculture, conducted his first lesson with the group. He gave them instructions and a list of building supplies they would need to porperly build a chicken house. He explained the variations in chicken breeds and gave the pros and cons of the various breeds. The group will meet again in the coming weeks for more lessons.
I met with the Women’s Basket Group 2 weeks ago to give them money from the porfit they made from our most recent basket order, which usually comes to New Mexico twice per year. Dr. Rifka Stern is now in charge of the orders, so if you are interested in beautiful woven baskets please let her know! The women are now raising money to build their own storeroom in Kisesini to keep the baskets as they sell them. They are a very motivated and friendly group and have clear goals for the future.
The clinic has been very busy with the holiday season. Many people home from Nairobi and Mombasa coming to clinic for various illnesses. We have seen some Typhoid, Brucella and Giardia. The ambulance has gotten a lot of use this month, as we have had several transfers to Kituii hospital for a retained placenta, a man with vomiting and high blood pressure, and another very sick woman. The ambulance has also been used to go pick up women in labor so that they can deliver at the clinic. We had one this past WEdnesday. She delivered and ended up having postpartum hemmorhage. The bleeding was stopped,the woman was observed and told to return for close follow up. It is becoming more evident that this clinic could benifit from a maternity ward: these women come in painful labor and are told to walk around outside, as there is nowhere for them to lay during clinic hours (the labor room is also used for injections and wound cleaning). As for the women that come in at night and must stay for observation until morning, there are no beds for them to rest. The other benifits, from the standpoint of the provider, include access to oxygen, proper birthing bed, and medications they are not allowed to have as the clinic is now, according to government regulations.
The outreaches have been busy with dozens of children and mothers coming for malnutrition screening, family planning and childhood immunizations. We have now added prenatal care to the outreaches in Syokisinga, as many of those women do not get prenatal care otherwise. Justine Nafula, the lab technician, has started coming to the outreach to complete prentatl labs, such as urine analysis, syphillis testing, HIV testing and blood group. The CHWs that show up to help weigh and measure children are so valuable and help the outreaches run smoothly.

During the holiday season, GHP provided a Christmas dinner and clothes/blankets to 11 of the poorest families in this area. Nicholas brought the car loaded with a chicken for each family, flour, sugar, salt, rice, oil, tea, milk, and a few sweets. The families were invited/taken to the market to buy clothes for the children under 12yrs. The families that were not able to make it to the market were given a large, warm blanket. It was great to see all the families so happy and grateful! These families were able to have a Christmas meal thanks to GHP!